Fans For Life Board Stays Another Season 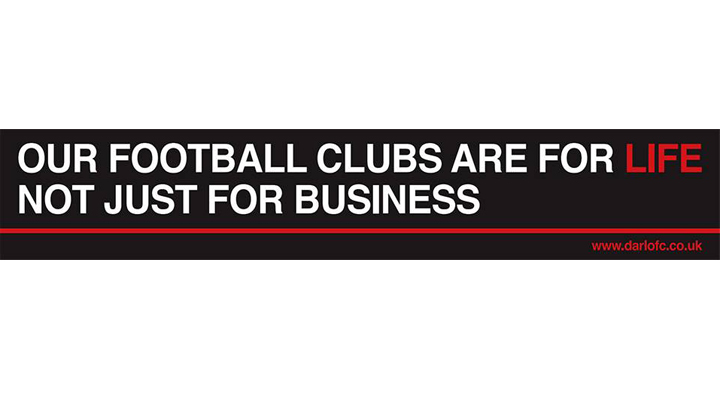 This one has been tough to raise.  £600 was needed to keep our Fans For life board up at the back of the Tin Shed.  With a record amount already raised through boost the budget it was going to be a tough call to get us to dig deep once again.  But I am pleased to say we have done it thanks to the following kind people who generously donated to the cause.  To see donations coming in is always a crazy thing, because in reality we are giving money direct to our football club and expect nothing in return.  Thank you so much.

Our fundraising really started during the administration and rebuilding era.  The DUFF fund raised well over £30k with some of that money invested into the start up of Darlington 1883.  We didn't take shares, we donated our money to the Supporters Group and this has gone from strength to strength and we have proved we can run a football club ourselves when needed.

Thanks everybody and heres to a great season!