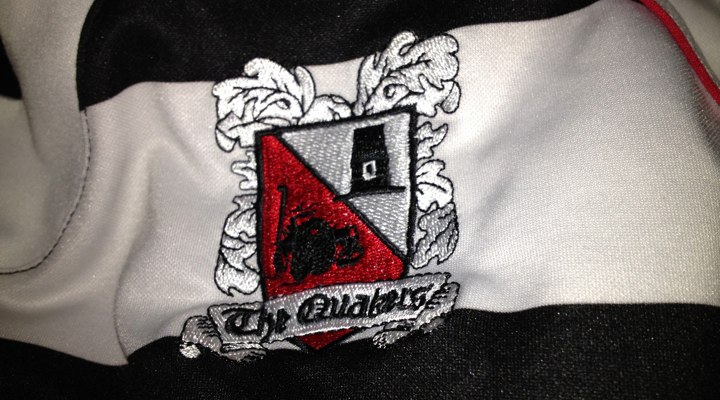 Darlo Uncovered are raising cash to pay for the goal posts and nets at Darlington’s new Blackwell Meadows ground which is now well underway.

The total cost for the goals is £2,000 and the fundraising has received a huge shot in the arm from previous “Back to Darlo” fundraising which saw a small number of individuals regularly subscribe to the account held with the Darlington Credit Union. This fund currently stands at £1,635 which means that just £365 is now needed to buy the goals in the name of Uncovered – a lasting legacy of the fundraising that has been done by the group over a number of years.

Through the DUFF (Darlo Uncovered Fighting Fund) over £22,000 has been raised to date. £13,000 of which was passed to the players back in 2012 in order to pay their wages which they weren’t receiving at the time and an additional £8,000 was invested into the CIC to support the formation of Darlington 1883 Limited.

Donations from just £1 can be made easily online via the DFCSG fundraising platform which they’ve kindly allowed us to use: